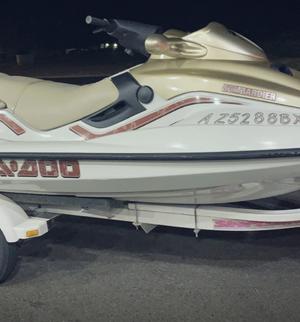 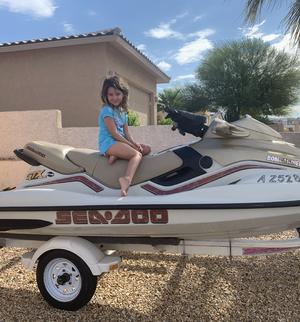 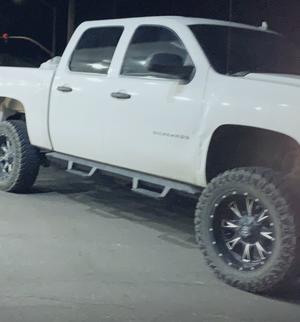 1999 Sea Doo GTX
The Sea-Doo GTX is a personal watercraft (PWC) made by Bombardier Recreational Products of Canada. Part of their Sea-Doo line of watercraft,[1] the Sea-Doo GTX has been produced since 1992.[2] It is a three-person personal water craft with a 'luxury' ride combined with a series of engines. The performance of a Rotax marine engine with R.A.V.E. exhaust, a three-passenger contoured seat; dual mirrors; deck pads; ski-eye; left-side forward/neutral/reverse lever; and full instrumentation.

2004 Sea Doo Xp DI
The Sea-Doo XP was a model of personal watercraft produced by Bombardier Recreational Products from 1991 to 2004.[1] The Sea-Doo XP is a significant model in that it was the first high performance version of a sit-down style watercraft to be offered by any manufacturer. Since the craft's introduction, all other personal watercraft manufacturers have introduced and continue to offer high performance versions of their standard runabouts. In 2000, the XP was named Watercraft of the Century by Watercraft World magazine.[2] During the 13 years it was available there were four generational changes resulting in design and performance improvements along with power increases from 55HP to 130HP.[3][4]